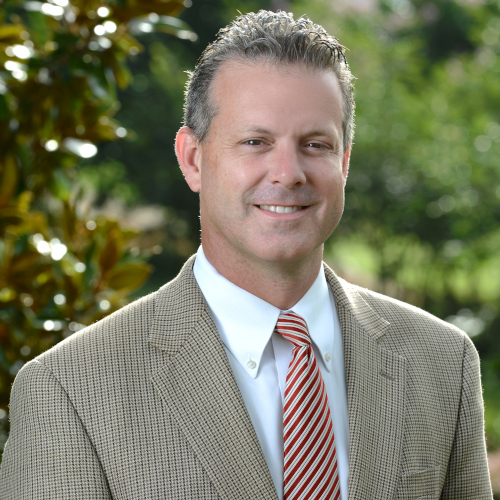 Chuck Warbington began the leadership of Gwinnett Village in January 2006 leading the efforts in forming the largest Community Improvement District (CID) in the state in mid-2006. In 2016, he was appointed City Manager for the City of Lawrenceville where he oversees just under a $200 million budget and just over 300 employees.

As a graduate of Leadership Gwinnett, Chuck is serving his community in many capacities including as a board member for the Gwinnett Coalition for Health & Human Services and the Fort Daniel Historical Foundation. He also serves on the Quantum National Bank Board of Directors as well as the Atlanta Transit Link Authority Board (ATL). Chuck is past chairman of the Gwinnett County Planning Commission, past president of the Rotary Club of Gwinnett and past executive board member of the Gwinnett Chamber. He was selected by the Georgia Engineering Alliance as Engineer of the Year in Private Practice for the state of Georgia in 2003 and was honored as one of Georgia Trend’s 40 under 40 for 2006. In 2012, Chuck was selected by the national publication CE News as one of fifteen Rising Stars in Civil Engineering.

Chuck is a life-long resident of Gwinnett County and a member of the Dacula Football Sports Hall of Fame. He is a graduate of Georgia Tech with a Bachelor of Civil Engineering degree.  While at Georgia Tech, he was a wide receiver for the 1990 National Championship Football Team. Chuck and his wife, Stacey, have been married for over 24 years and have 4 children. Chuck is a registered professional engineer having worked as a principal manager for a local Architectural/Engineering company (Pond & Company) for over 13 years.

Cancellation Policy: You can cancel with a full refund by noon November 4, 2020.  After that date no refunds will be given, however substitution of an attendee is allowed if you are not able to attend the day of the event.
Set a Reminder:
Business Directory News Releases Events Calendar Hot Deals Member To Member Deals Marketspace Job Postings Contact Us Information & Brochures Weather Join The Chamber
Go mobile with MyChamberApp!