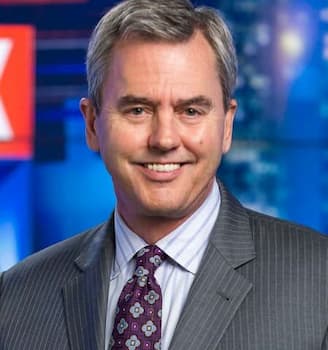 Dale’s entire journalism career has been right here in Atlanta, where he began as a freelance newspaper and magazine writer. He went on to work as a reporter for WGST News Radio and then moved into television as an investigative reporter.

Dale has broken important stories while covering some of the nation’s biggest events, including the Atlanta Child Murders, the Olympic Park bombing, and the September 11th terrorist attacks. His exposes on Georgia’s Speaker of the House, Glenn Richardson, and presidential candidate Herman Cain led to dramatic changes in the state and nation’s political landscape. His examination of racial profiling by US Customs agents at Atlanta’s airport led to a nationwide overhaul of customs searches. In 2005, he traveled to Iraq to embed with the Georgia National Guard during its historic wartime deployment.

Dale has won more than 50 journalism awards, including broadcasting's highest honor, the George Foster Peabody Award. Atlanta Magazine, The Atlanta Journal-Constitution, Creative Loafing, and The Atlanta Press Club have all named him as the city’s top TV journalist. Georgia Trend Magazine selected him as one of Georgia’s 100 Most Influential People. He has been inducted into the NATAS Southeast Silver Circle, honoring the state’s top television professionals.

A former high school counselor, Dale is a board member of the First Amendment Foundation, which fights for openness in government. Dale attended the University of Georgia and graduated from Georgia State with a BS in education. The Atlanta native has two children and lives with his wife in the DeKalb County neighborhood where he was raised.
Location:
Atlanta Tech Park
107 Technology Parkway
Peachtree Corners, GA 30092
Date/Time Information:
Friday, November 5, 2021
7:30- 8:00 AM - networking and breakfast
8:00- 9:00 AM - speaker
Contact Information:
Beth Coffey
Send an Email
Fees/Admission:
Fees/Admission:
Includes a Breakfast Sandwich, Coffee & Juice
Register Prior to noon Thursday,
November 4, 2021
to reserve your seat.

If this is your first time to our First Friday Breakfast, please call us at 470-482-1899 and we'll be happy to assist you with your registration at the First Timer $20 discounted pricing.

Cancellation Policy: You can cancel with a full refund by noon November 3, 2021.  After that date no refunds will be given, however substitution of an attendee is allowed if you are not able to attend the day of the event.
Set a Reminder:
Business Directory News Releases Events Calendar Hot Deals Member To Member Deals Marketspace Job Postings Contact Us Information & Brochures Weather Join The Chamber
Go mobile with MyChamberApp!